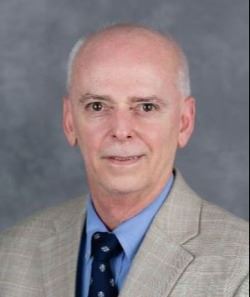 Wayne Bergman began his service to the Town of Palm Beach as Assistant Director of Planning, Zoning & Building in December 2018.  He contributed an incredible number of positive changes in the Department before being promoted to Director of Planning, Zoning & Building in August, 2020, after an extensive search named him most qualified out of 33 applicants for the position.  He oversees the Town’s planning, zoning, development reviews, building regulations and planning initiatives, and is responsible for the administration, direction, supervision and operation of the Planning, Zoning and Building Department, including personnel supervision, preparing and monitoring the annual department budget, overseeing the Town’s comprehensive planning, business tax receipt compliance, flood zone compliance, and landmark preservation.

Among the many items Mr. Bergman has accomplished for the Town, two of the largest were his work in getting the Town’s Community Rating System classification improved to Class 6, entitling Town property owners to flood insurance premium reductions from 10% to 20%, and proposing and drafting the Historic Building program and ordinance allowing preservation of more of the Town’s older buildings that are not landmarked.

Prior to his service with the Town of Palm Beach, Mr. Bergman served as Director of Planning, Building & Zoning for the Town of Jupiter Island, Florida from 2010 to 2018, where he completed an update of the Town’s Comprehensive Plan, drafted revisions to the Town’s Land Development Regulations, and provided administrative support in reviewing large-scale development and redevelopment of properties on this pristine barrier island.  Other previous positions include Community Development Director/Building Official for the City of Lake Worth, Florida,   Development/Building Official for the City of Boynton Beach, Florida, and Township Manager, Zoning Officer, Building Code Official, and Chief Code Enforcement Officer for Falls Township in Bucks County, Pennsylvania.   Mr. Bergman holds a Bachelor of Business Administration with a major in Business Management from Almeda University.

A native of Louisville, Kentucky, and a Florida resident since 2007, Mr. Bergman has 26 years experience in local government, all in planning, zoning, code, and licensing.  He holds an impressive number of federal and state licenses and certifications, as well as memberships in the Building Officials Association of Florida, US Green Building Council, and International Code Council.  He served five years as President of his HOA and two years on the Architectural Review Board of the HOA.